(This post is part of an awesome series of awesome 25swf guest bloggers- read about them here!)

Hey y’all friends!  Firstand25 comin atcha! Let me begin with how I came up with the name… firstand25.

1) I’m from Oklahoma, went to the University of Oklahoma, and as every sooner in the state of Oklahoma KNOWS, we love football…even if you hate football. 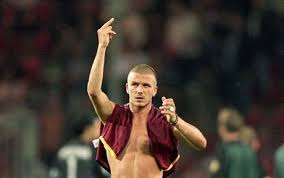 So, I was watching football, and BOOM, inspiration.

3) Last year was a year of MANY firsts for me. many many many.

Now we add them all together.

When a team is playing football they get 4 downs to go 10 yards, this is the standard. When this team gets penalties, they keep going backwards, often times this may not result in a loss of any downs, but just in yards. So, I feel like I made some mistakes, nothing too serious, but maybe I’m a bit behind the standard and starting with 25 yards to go. Ya get it? 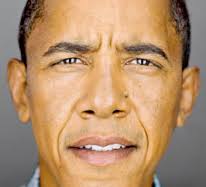 As I was saying.

My life is full of what the internet calls “first world problems.” Thank god too, imagine I had to worry about more than whether or not I want to sleep in and miss Gilmore Girls, or get up before 10….I shudder!

In any case, last year I quit a good job because I was spending too much money and had to move home with my mom, I moved across the country…twice, I had sex for the first time (I KNOW, right??), I had my first same sex love interest (I KNOOW! its getting GOOD),and I had my first ONS (one. night. stand.)… the latter two things are separate occasions.

I’m sorry I laid that on you so abruptly, but its just too good of a story to relay gently.  But seriously, you guys…last year was interesting for me.

Lets start with the moving in with my mom stuff. 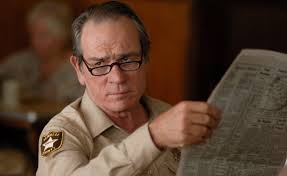 So yeah, my first time wasn’t until I was 24, just about to turn 25.  I thought it was gonna be all, “WOOOOOOOOO!!!!”, but it was more like, “oh….I could have guessed that.” GUYS…I had NO idea that sex had been totally over hyped my entire life. Nobody told me this.  I mean, when I was in high school I dated a few guys, but we never did the deed because I was a total goody-two-shoes and thought for sure only “sluts” had sex at such a young age. GAAAWD.  seriously I was like that.  Also I was obsessed with softball and basketball.  More on this later.  I probably didn’t even blow a guy until I was in college.   And by probably, I mean, I KNOW I didn’t blow a guy until I was 20. And hello, I had been in college for 2 years at that point.  Where was all this experimenting and going crazy, super debauchery-type shit I was supposed to be doing??  Not in Traditions West. 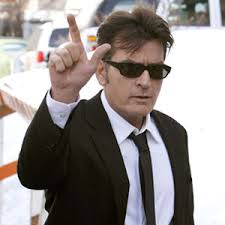 Back to the first time.  I was drunk. He was drunk.  We had dated before and we are good friends now. He was actually the first guy I ever loved, but at the time of intercourse, we were 3 years and a child (his. I KNOOOOW) past this said love, and it was purely companionship at this point.  We were in a trailer, I had my shirt on, and neither of us came.  It definitely wasn’t a “bed shattering, vampire baby making, Bella-Edward” type moment*. I in no way regret it though, because honestly, sex is so not a big deal. I’m coming to the realization that I’m seriously monogamous and probably will never be one to have sex with tons of people (I REALLY wish I were though, I WANT to be that slut now!), but still, not as serious as I thought.

Don’t get me wrong, I think sex can be great, I still believe in its intimacy, connection, and blah blah, but I had put that shit on a f’n pedestal.  A pedestal y’all. Which brings me back to this whole “virginity” hoopla. I thought being a virgin was something so specific when I was growing up, and I thought having heterosexual intercourse would fix that problem (the “being a virgin” problem, that is..). Now…I definitely won’t claim to think I know about…well…anything, but I feel like a big part of me is still… um…virginal. What? I know. I have heard several super enlightened people say that you “just know” that you’ve lost your virginity.  There are great articles and books about what constitutes losing your virginity (The Purity Myth by Jessica Valenti is the most notable I think), and from those I’ve read, there are still parts of me that weren’t completely “popped”. I may be getting to some kind of existential type shit here, but emotionally I’m still very much a “virgin.” There are things I haven’t done that I believe will help me realize my true self. What these things are, I couldn’t exactly pinpoint, but I know they’re out there.

I believe I am going through a real life changing point of time in my life. Its really fuckin scary, but I’m ready. So come along!! …it should get even better. That’s what I’ve heard anyway. 🙂

[pictures courtesy of the…uh…internet. If this is bad, or illegal or whatever, then arrest me, that’s ridiculous.]

*Did you guys SEE that shit????  Don’t even get me started on those movies/terrible books. UGH.

2 thoughts on “Guest Blogger – firstand25: You only tell this story once. right??”